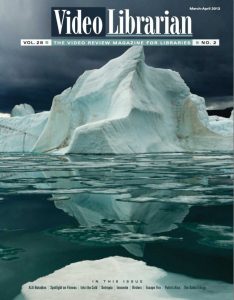 Fourth grade might seem a little young to be studying Chinese general Sun Tzu’s ancient text The Art of War, but innovative Charlottesville, VA, educator John Hunter—son of a schoolteacher—feels otherwise. Bored and restless, Hunter dropped out of college a few times in order to travel throughout Asia, but found his calling when he discovered experimental education, the subject in which he finally obtained his degree. Director Chris Farina follows Hunter’s fourth-grade class as students participate in the interactive World Peace Game, a 28-year-old political-science exercise in which fictional countries must learn to get along. For one day a week over the course of two months, student leaders conduct their business around a large game board that simulates the globe, where those who become prime ministers receive a dossier and choose two to three officers. Game scenarios mix new crises (such as water shortages) and ongoing skirmishes, while complicating factors include religious practices, endangered species, and natural resources. Leaders can also reach out to external forces for assistance, including the United Nations and the World Bank. The game ends when the class has achieved world peace. While the kids can get pretty excitable when it comes to defending their turf, Hunter makes sure that no one goes too far in either their words or actions. One student, a slight boy with a surprisingly mature voice, looks both exhausted and exhilarated after a series of battles here, summarily stating, “I think it’s kind of weird to be living what Sun Tzu said.” Recommended. Aud: C, P. (K. Fennessy)