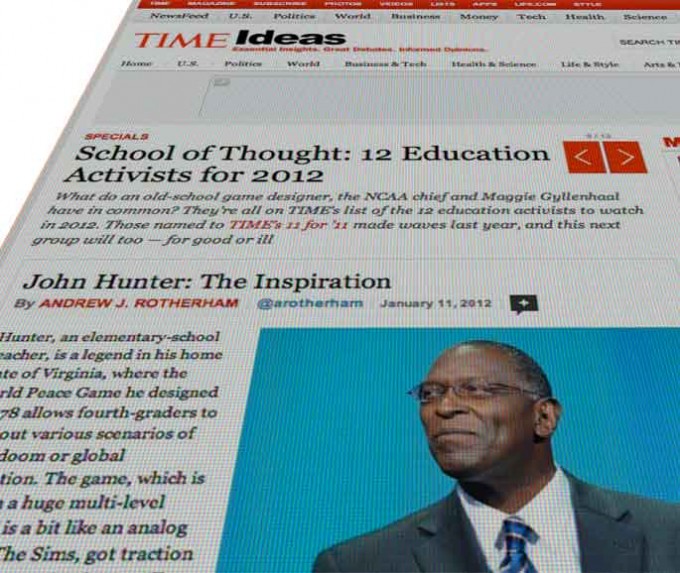 Hunter, an elementary-school teacher, is a legend in his home state of Virginia, where the World Peace Game he designed in 1978 allows fourth-graders to game out various scenarios of global doom or global cooperation. The game, which is played on a huge multi-level board and is a bit like an analog version of The Sims, got traction nationally when Charlottesville-based filmmaker Chris Farina turned it into a documentary film that had many screenings last year and is still making the rounds at film festivals. As World Peace and Other Fourth-Grade Achievements has quietly circulated in the education world, Hunter has given TED talks and addressed audiences around the country about the game’s power to inspire students and teachers. The film, which emphasizes not only children’s optimism, but also the game’s power to teach collaboration, critical thinking and problem solving, speaks to a lot of people in education. When I moderated a screening at Harvard last year, several audience members were moved to tears. The film should see wider distribution in 2012, and Hunter has started a foundation to advance the work behind the World Peace Game and hopefully spawn high-quality imitators.