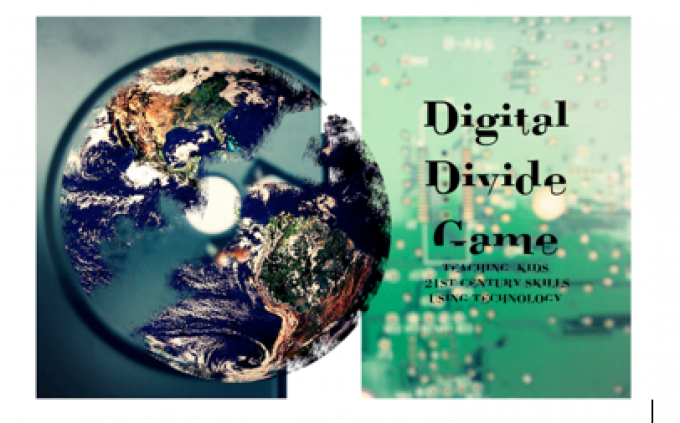 Jennifer Gaspar-Santos, Teacher and Academic Technology Coordinator at St. Matthew’s Episcopal Day School in San Mateo, CA, was inspired by John Hunter’s TEDtalk and his World Peace Game. Jennifer used the inspiration and awe she felt from John Hunter’s work to fuel her creativity and initiative and has created her own game, The Digital Divide. Many thanks to Jennifer for writing up her game and sharing it with us here on this blog.

On February 15, 2011, I hosted a professional development workshop for a group of twenty independent school educators and non-profit organizational leaders in both technology and other disciplines to talk about gaming in the classroom, how it can inspire kids to empathize with global issues around the world and my own project: The Digital Divide Game. In my game, students act as leaders of countries most impacted by the digital divide (the harsh division between technology have and have-nots) completing a set of technology tasks under a timed clock given a limited amount of technology tools.

In framing this workshop, I pulled from all sorts of resources about gaming. One inspirational and thought-provoking piece of research is John Hunter’s World Peace Game. In addition to finding a game that inspires kids to change the world, I was inspired by John’s ability to share and motivate other educators to play the game and his ability to appeal to both teachers in the classroom and administrators out of the classroom. It was after learning about John’s game that I was compelled to email him and see if he would offer me words of advice on how to spread the word about my game, or an even bigger hope was that he would be able to sneak time into his already busy schedule to watch my game’s commercial teaser.

I was taken aback when I received his lengthy and sincere response. In the early design phases of the game, I had always questioned whether my game was worth sharing with other educators. I wanted to steer clear of traditional teachers who were hesitant about adopting anything new or unstructured. And did not want to send my game to the gauntlet with criticism from hard core gamers. After watching John Hunter’s TED talk online, seeing him on stage and the way he courageously invited millions of people online to hear his personal story of his game, was very inspiring. There was both a sense of vulnerability and empowerment, to share the idea, that gaming is more than just “fun, unstructured chaos in the classroom.” The nature of games in the classroom, if crafted properly, can cultivate a classroom of empathy and a medium for exercising 21st century skills.

What draws me to games like the World Peace Game or creating the Digital Divide game is that they engage the players with complex decisions and constant collaboration—exploring the effects of difficult decisions, assessing risk in a learning environment of multiple changing and unexpected variables. And it’s because of this, that the game evolves as the dynamics of the game changes at every unexpected turn. I’d love to some day look back and see this game unfold into more than rules and winners/losers and be much more than an idea on a table—but evolve into a child’s strategy or dream to some day make a difference in the world.