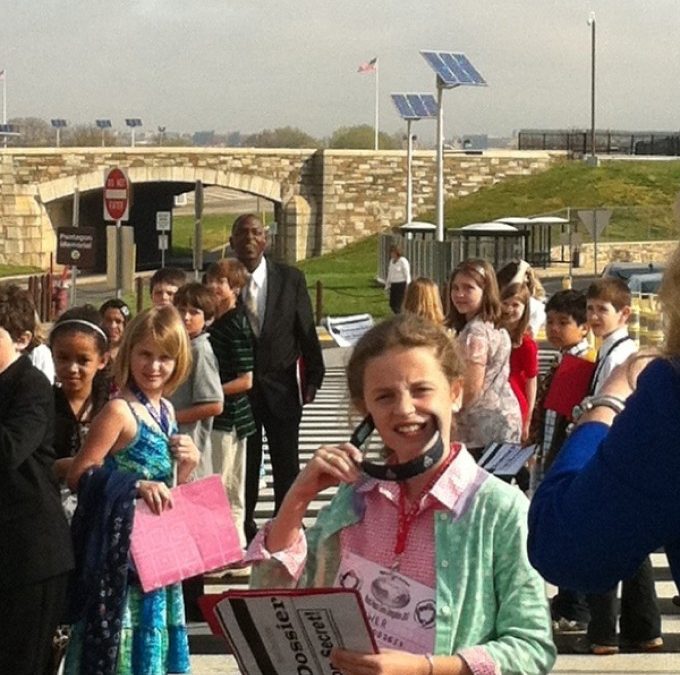 Teaching children to think, to care for others, and to care for the world. Is there anything else?  What John Hunter does with his students by presenting to them the opportunity to understand, research, consider, and collaborate over real world issues and problems, is give them an opportunity to think.

In their recent visit to the Pentagon, John Hunter’s had to prepare for a mock press conference with Department of Defense officials.  They researched many “hot” situations around the world. Their experience playing the World Peace Game in their classroom with John’s guidance no doubt helped them think deeper and in a more sophisticated way about situations. Here are the questions they developed:

–  About the new North Korean leader Kim Jung Un: what is his position on the U.S and our leadership and how can we resolve the nuclear weapons impasse there?.

– How does the Pentagon propose normalizing relations between North Korea and South Korea?

– Is America ready to protect Taiwan at all costs against China?

– Will America help China with their growing water and pollution crisis? If so how?

– What is the relationship between China and America like and what is the pentagon going to do about it’ if anything at all?

– How does the price of Saudi Arabian oil effect the U.S. military, and what can we do about it?

– What caused Saudi Arabia to escape the Arab spring?

– How do Nigeria and security relate to U.S. security Issues?

– Does the government use social media to influence public opinion on African affairs?

– What is the Pentagon’s position on the recent Russian elections?

– Why is Russian government selling weapons to Syria; how will it affect the U.S ?

– How does the drug war in Mexico affect the planning in the Pentagon?

– What is the Pentagon’s position on the Mexican government?

– How can the Pentagon help Mexico with the war on drugs?

Do you know many 4th graders that are allowed to think like this? Why not?